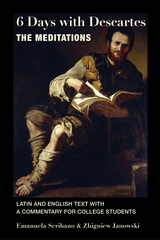 6 Days with Descartes
The Meditations, Latin and English Text with a Commentary for College Students
Rene Descartes
St. Augustine's Press, 2019

This new edition of Descartes’ Meditations by Zbigniew Janowski, wrote extensively on Descartes and 17th c. philosophy, was prepared with the first-year college student in mind. unlike all existing editions in english, which contain bare text of the Meditations, the novelty of this edition is that it includes a short commentary to each meditation, in which the editors help the reader follow Descartes’ steps and arguments.

In addition to their brief commentaries, the author also included short footnotes to the books and articles by contemporary Cartesian specialists who discuss in greater detail specific questions and problems which the text of the Meditations raises. In doing so, the author hopes to familiarize students with authors and titles of major works on Descartes, and with on-going scholarly controversies which this masterpiece of modern thought still inspires

Six Days with Descartes: The Meditations, Latin and English Text with a Commentary for College Students can also serve as a helpful tool for young and less experienced teachers of philosophy. 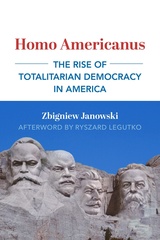 Homo Americanus
The Rise of Totalitarian Democracy in America
Zbigniew Janowski
St. Augustine's Press, 2021
What is the man who cannot be known apart from his socio-political environment? As Zbigniew Janowski asserts, one does not ask who this man is, for he does not even know himself. This man is suppressed and separated, and not by Fascism or Communism. In present-day America this has been accomplished by democracy.

“Only someone shortsighted, or someone who values equality more than freedom, would deny that today’s citizens enjoy little or no freedom, particularly freedom of speech, and even less the ability to express openly or publicly the opinions that are not in conformity with what the majority considers acceptable at a given moment. It may sound paradoxical to contemporary ears, but a fight against totalitarianism must also mean a fight against the expansion of democracy.”

Janowski all at once brazen and out of bounds states what he calls the obvious and unthinkable truth: In the United States, we are already living in a totalitarian reality. The American citizen, the Homo Americanus, is an ideological being who is no longer good or bad, reasonable or irrational, proper or improper except when measured against the objectives of the dominating egalitarian mentality that American democracy has successfully incubated. American democracy has done what other despotic regimes have likewise achieved––namely, taken hold of the individual and forced him to renounce (or forget) his greatness, pursuit of virtue and his orientation toward history and Tradition.

Homo Americanus, Janowski argues, has no mind or soul and he cannot tolerate diversity and indeed he now censors himself. Democracy is not benign, and we should fear its principles come by and applied ad hoc. It is deeply troublesome that in the way democracy moves today it gives critics no real insight into any trajectory of reason behind its motion, which is erratic and unmappable. The Homo Americanus is an ideological entity whose thought and even morality are forbidden from universal abstraction.

Janowski mounts the offensive against what the American holds most sacred, and he does so in order to save him. After exposing the danger and the damage done, Janowski makes another startling proposal. It is a “diseased collective mind” that is the source of this ideology, the liberal anti-perspective that presses man into the image of the Homo Americanus, and its grip can only be broken through the recovery of instinct. Homo Americanus cannot be free again until he is himself again. That is, until the shadow that belongs only to him is restored, and he is thereby no longer alienated from others. Despite the condemnation Janowski seems to be levying on the citizen of the United States, he betrays a great hope and confidence that the means to shake ourselves awake from the bad dream are nevertheless in hand.

Janowski’s work is the next title in St. Augustine’s Press Dissident American Thought Today Series. It occupies a controversial overlapping terrain between the philosophical descriptions of liberalism as a tradition, psychology and the fundamentally influential critiques of democracy offered by Thucydides, Jefferson, Franklin, Tocqueville, Mill, Burke and more. More anecdotal than analytical, Janowski offers the contemporary proof that the reader is right to be scandalized by democracy and his or her own likeness of the Homo Americanus. Once upon a time it was the despicable Homo Sovieticus fruit of tyranny, but now we fear democratic society too might fall and all its citizens never be found again.
[more] 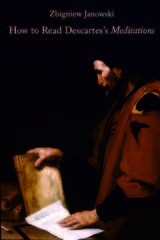 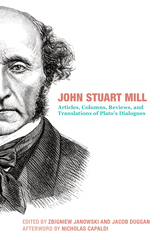 John Stuart Mill
Articles, Columns, Reviews and Translations of Plato's Dialogues
John Stuart Mill
St. Augustine's Press, 2021
This is the second volume, following the well-received edition of Mill’s writing essential to understanding the liberal tradition. His commentary on a full spectrum of issues gives further insight into the strengths and vulnerabilities of liberal democratic theory in practice. Rare and difficult to locate material is here brought to attention and made available.

The contribution of Mill’s most authoritative biographer, Nicholas Capaldi, is a singular and unmatched highlight. The tenor of St. Augustine’s Press volumed on Mill is distinct in its intention to place his work in the framework of political philosophy and the conversation of the viability of liberalism as a tradition of thought.
[more] 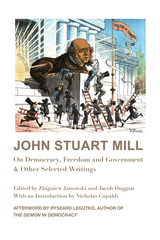 John Stuart Mill
On Democracy, Freedom and Government & Other Selected Writings
John Stuart Mill
St. Augustine's Press, 2019
In addition to “On Liberty” and “On Representative Government,” this new selection of Mill’s writings includes, among others, a number of less known of his writings, such as: “Civilization,” “Perfectibility,” “The Negro Question,” “On Education,” “On Aristocracy,” “On Marriage,” “On Free Press,” “Socialism,” Mill’s review of Tocqueville’s “Democracy in America,” his letters to Tocqueville, and several other writings.

If one can use a somewhat exaggerated language, Mill’s writings are to liberal-democracy what Marx and Engels’ writings were to Communism. Both systems gave expression to 19th century man’s longing for equality and justice, both promised to liberate him from the shackles of oppression, authority and tradition. Instead of liberating man, Communism created the most brutal system in human history, and its spectacular fall in 1989 is one of history’s greatest events. Western world today shows that liberal-democracy is no longer a benign doctrine, which advocates free market, minimum state and individual liberties, but, like Communism, is an all-encompassing ideology which forces an individual to abdicate his freedom and soul in favor of a Communist-like collective. 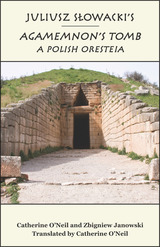