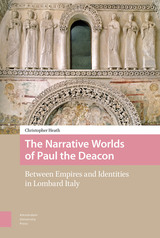 Written as the Lombard kingdom was on the cusp of downfall at the hands of the Carolingian empire, the works of Paul the Deacon (c. 720-799) are vital to understanding the history of Italy and Western Europe in the Middle Ages. But until now, scholars have tended to neglect the narrative structure of his texts, which reflect in important ways his personal responses to the events of his time. This study presents fresh interpretations of Paul's Historia Romana, Vita Sancti Gregorii Magni, Gesta Episcopum Mettensium, and Historia Langobardorum by focusing on him as an individual and on his strategies of argumentation, ultimately advancing a new conception of Paul as a dynamic author whose development of multiple lines of thought deserves closer examination.
AUTHOR BIOGRAPHY
Christopher Heath holds a PhD from the University of Manchester.
TABLE OF CONTENTS