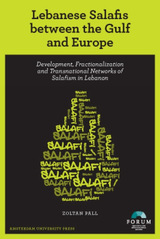 Salafism is one of the most dynamic and rapidly growing Islamic movements and it is impossible to understand contemporary Islam without taking account of it. The movement has reached almost every corner of the Muslim world, and its transnational networks span the globe. Despite the importance of Salafism, scholars have only recently begun to pay serious attention to the movement, and while the body of literature on Salafism is growing, there are still many lacunae. The Lebanese context adopted by the author of this important study provides an excellent opportunity to explore the dynamics of the Salafi movement worldwide.
AUTHOR BIOGRAPHY
Zoltan Pall is researcher in the Department of Religious Studies and Theology of Utrecht University.
TABLE OF CONTENTS