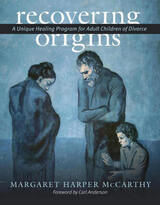 Recovering Origins is a healing program offered to adult children of divorced parents who now, with a certain distance from the practical difficulties that burden younger children, wrestle with the core problem at the heart of those difficulties. Having lost the community that brought them into the world, they have suffered a “primal loss.” Children are the literal embodiment of that community. When it is voluntarily dismantled, and worse–wished never to have been–the effect is not negligible. Children of divorce, by their own description, are now “pulled apart” as if “between two worlds.” They are “torn asunder.”

Paradoxically the idea for Recovering Origins was occasioned by this straight talk about divorce. For, by going to the depths of the loss of one’s primal community one can be opened up to the Community that stands at the root of it. “Deep calls unto deep,” as the Psalmist says. In short, Recovering Origins invites participants to move through the broken image of love that they see in their parents, to the loving Origin which is more fundamental than any human reflection of it, broken or not.

Recovering Origins begins with an invitation to look honestly at the actual experience of divorce, beyond all the “happy talk” about the “good divorce.” Participants are then invited to follow the path of the Lord’s Prayer, to recover what is at once challenging and precious to those whose very identities are on uncertain ground: the memory of God the Father, the goodness of their lives, and the real possibility of a good future. In this way, the program offers adult children of divorce a path to healing in the deepest sense.

Recovering Origins offers an occasion to encounter the Christian Faith more deeply, especially where it bears on fundamental question faced by children of divorce in a particularly dramatic way. Recovering Origins addresses adult children of divorce, then, not only as individuals in need of pastoral care, but as potential witnesses to something they can, perhaps, see more clearly: the goodness and fidelity of the One on whom their lives ultimately depend and the possibility (and need) that that be reflected in an irrevocable and fruitful love between the creatures made in his image.
TABLE OF CONTENTS
Contents
Acknowledgments
Foreword by Carl A. Anderson
Introduction
Session I. “Where We Stand
Session II. “Our Father Who Art in Heaven”
Session III. “Hallowed Be Thy Name”
Session IV. “Thy Kingdom Come, Thy Will Be Done on Earth as It Is in Heaven”
Session V. “Give Us This Day Our Daily Bread”
Session VI. “Forgive Us Our Trespasses as We Forgive Those Who Trespass against Us”
Session VII. “Lead Us Not into Temptation, but Deliver Us from Evil”
Session VIII. “Who Am I? Plumbing the Depths and Beginning Again
Supplement 1: Children of Marriages Declared Null and Other Broken Familial Situations
Supplement 2: Group Formats
General Resources
Index