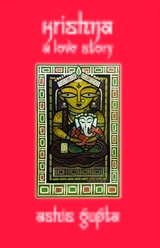 A powerful delineation of the complex relationships in a traditional Indian family, between husband and wife, parents and daughter, brother and sister, and the joys and tragedies that grow within. A moving picture of friendships and social hierarchies played out against a backdrop some brutal and bizarre events that took place in Eastern India in the turbulent 1970s. An arresting cast of characters, some clinging to the vestiges of the British Raj, set in the shadow of the Himalayas and the teeming city of Kolkata.
AUTHOR BIOGRAPHY

Ashis Gupta is the author of several books of fiction, and many non-fiction works. Besides authoring "The Gospel according to Clarence Thomas", he has also edited "'For New Orleans' and Other Poems", written in the wake of Hurricane Katrina.

Ashis's works of fiction include "Dying Traditions", "The Toymaker of Wiesbaden", "Krishna: A Love Story", and "Rahul: A Different Love Story".