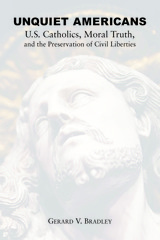 Before the Second Vatican Council, America’s Catholics operated largely as a coherent voting bloc, usually in connection with the Democratic Party. Their episcopal leaders generally spoke for Catholics in political matters; at least, where America’s bishops asserted themselves in public affairs there was little audible dissent from the faithful.

More than occasionally, the immigrant Church’s eagerness to demonstrate its patriotic bona fides furthered its tendency to speak with one voice about national matters, and in line with the broader societal consensus. And, notwithstanding the considerable conflict which Catholics encountered, and generated, in American political life, there was before the Council broad agreement in American culture about the centrality of Biblical morality to the success of Americans’ experiment with republican government.

In other words: before the Council, American Catholics’ relationship to the political common good was mediated, somewhat uncritical, and insulated from conflict (both within and without the Church) over such fundamental matters as protection of innocent life, marriage and family life, and (to a lesser extent) religious liberty.

This has all changed since the mid-1960s. For the first time in the Church’s pilgrimage on these shores, controversial questions about the basic moral requirements of the political common good are front and center for America’s Catholics. These questions require Catholics to confront matters which heretofore they either took for granted, read off from the background culture, or which they left to the bishops to handle. But the Council Fathers rightly recognized that Jesus calls upon a formed and informed laity to act as leaven in the public realm, to bring Gospel values to the temporal sphere. In this book of essays touching upon Catholic social doctrine, the truth about human equality and political liberty, and religious faith as it bears upon public life and the public engagement of lay Catholics, Gerard Bradley supplies indispensable aid to those seeking to answer Jesus’ call.

Gerard V. Bradley is Co-Director of the Natural Law Institute and an Editor-in-Chief of The American Journal of Jurisprudence. He is a Senior Fellow at The Witherspoon Institute, a Fellow of the Hoover Institution, and was for many years President of the Fellowship of Catholic Scholars.