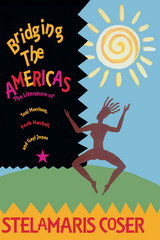 A literary study of three important black women writers, this book examines the "inter-American" characteristics in the work of Marshall, Morrison, and Jones, including detailed discussions of Morrison's Song of Solomon and Tar Baby, Jones's Corregidora and Song of Anninho, and Marshall's The Chose Place, The Timeless People.

Coser defines the inter-American characteristics in these authors' novels as a connection based on a common African heritage and a shared legacy of colonialism and racism. These three authors redefine the boundaries between the Americas, bridging the "extended Caribbean" that stretches from the U.S. Atlantic coast to Brazil. Their work reinterprets ethnic and sexual identity. Issues of race, class, and nationality overlap. History and identity are reinvented.

To explore the collective forms of resistance and cultural processes in Brazil, the Caribbean, and the United States, Coser also makes provocative connections between the visibility of black women writers and the popularity of male Latin American novelists like Carlos Fuentes and Gabriel Garcia Marquéz.

AUTHOR BIOGRAPHY
Stelamaris Coser, a native Brazilian, is Professor of American Studies and American Literature at the Federal University of Espirito Santo, Brazil.
REVIEWS
"This book is at the forefront of American literature studies. It will add to the growing dialogue on Pan-Africanism in the diaspora, and exposes the rich multiculturalism of literature in the Americas. Coser is making her mark as an engaged and activist scholar."
—Gay Wilentz, author of Binding Cultures: Black Women Writers in Africa and the Diaspora

TABLE OF CONTENTS
Contents
Acknowledgments
Preface
1. Stepping-Stones between the Americas: The Works of Paule Marshall, Toni Morrison, and Gayl Jones
2. From the Natives' Point of View: The Ethnographic Novels of Paule Marshall
3. The Redefinition of American Geography and History: Toni Morrison's Song of Solomon and Tar Baby
4. the Dry Wombs of Black Women: Memories of Brazilian Slavery in Corregidora and Song For Anninho
5. No Final Chord: The Music of Morrison, Jones, and Marshall
Notes
Index
REQUEST ACCESSIBLE FILE