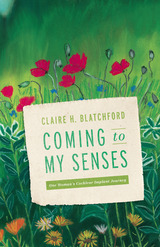 Deafened at the age of six, Claire Blatchford was educated orally with speech lessons, speechreading, and hearing aids. Though successful both professionally and domestically, at the age of 67 Blatchford decided to undergo a cochlear implantation. In this memoir, she describes in prose and verse living with a cochlear implant for the past three years.
At first, Blatchford feared losing the last of her hearing through the surgical process. Her audiologist explained that her hearing was worsening and that soon she would move from profound deafness into a state called “cosmic deafness.” Blatchford decided upon the surgery in hope of meeting her hearing family on their turf, and of again hearing the wind, rain, rivers, and crickets. After being implanted, however, she realized that amplification and comprehension were two different things: at first, all she heard was a soup of sound, a condition known as being brain deaf.


Blatchford soon learned, however, that regaining her hearing was a journey of discovery. Gradually, the sound soup gave way to the ability to hear some sentences without speechreading. The sound of her own voice surprised her, and she could hear her grandchildren speak. The thrill of new things heard on one car trip to a friend’s house moved her to “try my first yodel as I pass by your house.” When asked by others if they should receive an implant, she cautions that it is an individual decision that each deaf person must make. For her, it was the right decision.

AUTHOR BIOGRAPHY
Claire H. Blatchford, now retired, taught writing and art to deaf children at the Clarke Schools for Hearing and Speech in Northampton, MA, and was also a writer for their department of Mainstream Services.
.

TABLE OF CONTENTS
Book Title: Coming to My Senses
CIP
Contents
Introduction
The Inner Debate
Moment of Decision
Surgery and a Few Days After
Activation and Shortly After
First Mapping
Baby Steps: Early Discoveries and Observations
From Baby Steps to Toddler Steps: Explorations in Listening
My Own Voice
More about Bluffing
Children
Birds
Music
More to Ponder
Bigger Steps Yet
To Sum Things Up
Acknowledgments
Appendix: An Audiologist Explains the Cochlear Implant
Further Reading