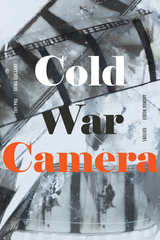 Cold War Camera explores the visual mediation of the Cold War and illuminates photography’s role in shaping the ways it was prosecuted and experienced. The contributors show how the camera stretched the parameters of the Cold War beyond dominant East-West and US-USSR binaries and highlight the significance of photography from across the global South. Among other topics, the contributors examine the production and circulation of the iconic figure of the “revolutionary Vietnamese woman” in the 1960s and 1970s; photographs connected with the coming of independence and decolonization in West Africa; family photograph archives in China and travel snapshots by Soviet citizens; photographs of apartheid in South Africa; and the circulation of photographs of Inuit Canadians who were relocated to the extreme Arctic in the 1950s. Highlighting the camera’s capacity to envision possible decolonialized futures, establish visual affinities and solidarities, and advance calls for justice to redress violent proxy conflicts, this volume demonstrates that photography was not only crucial to conducting the Cold War, it is central to understanding it.

Erina Duganne is Professor of Art History at Texas State University and author of The Self in Black and White: Race and Subjectivity in Postwar American Photography.

Andrea Noble (1968–2017) was Professor of Latin American Studies at Durham University and author of Mexican National Cinema.
TABLE OF CONTENTS