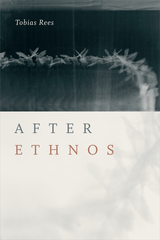 For most of the twentieth century, anthropologists understood themselves as ethnographers. The art of anthropology was the fieldwork-based description of faraway others—of how social structures secretly organized the living-together of a given society, of how a people had endowed the world surrounding them with cultural meaning. While the poetics and politics of anthropology have changed dramatically over the course of a century, the basic equation of anthropology with ethnography—as well as the definition of the human as a social and cultural being—has remained so evident that the possibility of questioning it occurred to hardly anyone. In After Ethnos Tobias Rees endeavors to decouple anthropology from ethnography—and the human from society and culture—and explores the manifold possibilities of practicing a question-based rather than an answer-based anthropology that emanates from this decoupling. What emerges from Rees's provocations is a new understanding of anthropology as a philosophically and poetically inclined, fieldwork-based investigation of what it could mean to be human when the established concepts of the human on which anthropology has been built increasingly fail us.
AUTHOR BIOGRAPHY
Tobias Rees is Reid Hoffman Professor at the New School of Social Research, a director of the Los Angeles-based Berggruen Institute, and a Fellow of the Canadian Institute for Advanced Research. He is the coauthor of Designs for an Anthropology of the Contemporary, also published by Duke University Press, and author of Plastic Reason: An Anthropology of Brain Science in Embryogenetic Terms.
REVIEWS
-- Stefan Helmreich, author of Sounding the Limits of Life: Essays in the Anthropology of Biology and Beyond


-- Miriam Ticktin, author of Casualties of Care: Immigration and the Politics of Humanitarianism in France