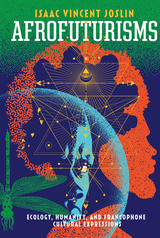 Generally attributed to the Western imagination, science fiction is a literary genre that has expressed projected technological progress since the Industrial Revolution. However, certain fantastical elements in African literary expressions lend themselves to science fiction interpretations, both utopian and dystopian. When the concept of science is divorced from its Western, rationalist, materialist, positivist underpinnings, science fiction represents a broad imaginative space that supersedes the limits of this world. Whether it be on the moon, under the sea, or elsewhere within the imaginative universe, Afrofuturist readings of select films, novels, short stories, plays, and poems reveal a similarly emancipatory African future that is firmly rooted in its own cultural mythologies, cosmologies, and philosophies.

Isaac Joslin identifies the contours and modalities of a speculative, futurist science fiction rooted in the sociocultural and geopolitical context of continental African imaginaries. Constructing an arc that begins with gender identity and cultural plurality as the bases for an inherently multicultural society, this project traces the essential role of language and narrativity in processing traumas that stem from the violence of colonial and neocolonial interventions in African societies.

Joslin then outlines the influential role of discursive media that construct divisions and create illusions about societal success, belonging, and exclusion, while also identifying alternative critical existential mythologies that promote commonality and social solidarity. The trajectory proceeds with a critical analysis of the role of education in affirming collective identity in the era of globalization; the book also assesses the market-driven violence that undermines efforts to instill and promote cultural and social autonomy.

Last, this work proposes an egalitarian and ecological ethos of communal engagement with and respect for the diversity of the human and natural worlds.