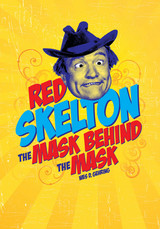 For more than twenty years, Hoosier comic Red Skelton entertained millions of viewers who gathered around their television sets to delight in the antics of such notable characters as Freddie the Freeloader, Clem Kaddiddlehopper, Cauliflower McPugg, and Sheriff Deadeye. Noted film historian Wes D. Gehring examines the man behind the characters—someone who never let the facts get in the way of a good story. Gehring delves into Skelton's hardscrabble life with a shockingly dysfunctional family in the southern Indiana community of Vincennes, his days on the road on the vaudeville circuit, the comedian's early success on radio, his up-and-down movie career with Metro-Goldwyn-Mayer, and his sometimes tragic personal life.
AUTHOR BIOGRAPHY
Wes D. Gehring is a professor of film at Ball State University and an associated media editor and columnist for USA Today magazine. Gehring has written biographies of such screen legends as Charlie Chaplin, Carole Lombard, James Dean and Red Skelton.
TABLE OF CONTENTS