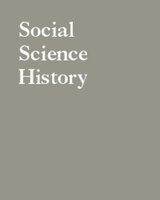 The contributors construct a historical portrait of black fraternal orders during the nineteenth and twentieth centuries. They argue that African Americans were more likely than whites to form fraternal orders and to sustain them, using them to guard members against unemployment and other misfortunes. They examine the ritual life of fraternal organizations, paying particular attention to rites of initiation and to the values they reflected about collective identity, gender relations, equality, and collective action. Finally, they show how social networks that black fraternal organizations fostered led to successful legal battles for the right to assemble and to the later civil rights movement of the twentieth century.