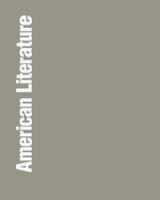 BUY
Violence, the Body, and the South, Volume 73
by Dana D. Nelson and Houston A. Baker
Duke University Press
Paper: 978-0-8223-6500-6
Violence, the Body, and “The South” is a boldly innovative contribution to a new Southern Studies, which provides a model of collaborative, intergenerational, interracial, interdisciplinary scholarship. This special issue of American Literature challenges the traditional division of the United States between “North” and “South,” revealing that the complexities of violence and pleasure, representation and illusion, innocence and guilt, gender and race exist in infinitely inflected combination in the Americas, not simply in the “South.”
This collection represents first-rate examples of gender, critical race, genre, and material culture studies. Topics ranging from epistemological and authorial rebellions marking Frederick Douglass’s Narrative and Charles Chesnutt’s The Marrow of Tradition to the twentieth-century labors of writers, such as Francisco Goldman and Helena María Viramontes, who work to make visible the complexities of “North” and “South” with respect to subordinated Latino/a bodies. William Faulkner is revisited in an essay on the internalization of “race” in Light in August. Guess Who’s Coming to Dinner and In the Heat of the Night are analyzed in a framework of homopolitical desire. Genre and regional studies combine in an energetic essay resituating Harriet Jacobs’s Incidents in the Life of a Slave Girl with respect to “Northern” fiction.