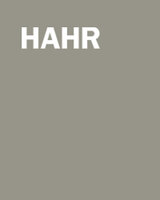 BUY
Gender and Sexuality in Latin America, Volume 81
by Gilbert M. Joseph
Duke University Press
Paper: 978-0-8223-6498-6
With this special issue, the Hispanic American Historical Review explores the vital work in gender and sexuality by leading historians of Latin America. This collection offers readers a look at the current state of gender and sexuality studies—areas of enormous growth and excitement in Latin American scholarship—as well as the dynamic potential of the discipline’s future.
Sueann Caulfield, one of the most distinguished scholars of Latin American gender studies, leads off with an insightful historiographical analysis of the field. Building on the foundation laid by Caulfield, a forum of four younger scholars—Heidi Tinsman, Karin Rosemblatt, Elizabeth Hutchinson, and Thomas Klubock—examines the construction of gender and power in a variety of politically contested arenas, including agrarian reform, welfarism, and leftist activism. Focusing on twentieth-century Chile, the collection also includes essays by Pablo Piccato and Christina Rivera that analyze gender dynamics, class relations, and sexual violence in the context of the medical-legal state that emerged in early-twentieth-century Mexico. The issue concludes with Martin Nesvig’s essay, which negotiates the complex terrain of Latin American homosexuality and bisexuality.
This special issue will be a valuable resource for anyone teaching women’s history, gender history, the history of sexuality, or any course on Latin American history with a focus on gender and sexuality.