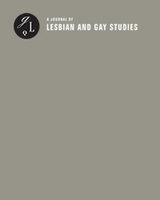 BUY
Thinking Sexuality Transnationally, Volume 5
by George Chauncey and Elizabeth A. Povinelli
Duke University Press
Paper: 978-0-8223-6469-6
Thinking Sexuality Transnationally examines the emergence of new forms of sexuality and desire from a global perspective. Legal, pop-culture, and academic approaches to these new forms are considered from both national—China, Brazil, Indonesia, and Thailand—and transnational—Puerto Rico, Guatemala, and the United States—standpoints. The contributors approach their subjects with the corollary understanding that these new forms of sexuality and desire arise in borderlands, and what constitutes a borderland has been redefined with the onset of mass media and communication abilities.
Included in this collection are a study of the construction of male gay identities in China; a consideration of sexual pedagogy, the state, and the “new Brazilian homosexuality”; the format of amnesty applications submitted by lesbians in Guatemala; the roles of gender and sexuality in Taiwanese opera; and a review of transgender literature and language. One of the first comprehensive inquiries into the effects of globalization on sexuality and desire, Thinking Sexuality Transnationally brings together essayists from several disciplines to look at how sexuality and global movement are involved and evolving.