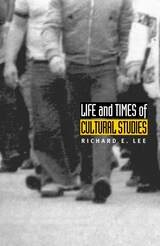 Moving world-systems analysis into the cultural realm, Richard E. Lee locates the cultural studies movement within a broad historical and geopolitical framework. He illuminates how order and conflict have been reflected and negotiated in the sphere of knowledge production by situating the emergence of cultural studies at the intersection of post–1945 international and British politics and a two-hundred-year history of conservative critical practice. Tracing British criticism from the period of the French Revolution through the 1960s, he describes how cultural studies in its infancy recombined the elite literary critical tradition with the First New Left’s concerns for history and popular culture—just as the liberal consensus began to come apart.

Lee tracks the intellectual project of cultural studies as it developed over three decades, beginning with its institutional foundation at the University of Birmingham’s Centre for Contemporary Cultural Studies (CCCS). He links work at the CCCS to the events of 1968 and explores cultural studies’ engagement with theory in the debates on structuralism. He considers the shift within the discipline away from issues of working-class culture toward questions of identity politics in the fields of race and gender. He follows the expansion of the cultural studies project from Britain to Australia, Canada, South Africa, and the United States. Contextualizing the development and spread of cultural studies within the longue durée structures of knowledge in the modern world-system, Lee assesses its past and future as an agent of political and social change.

Richard E. Lee is Assistant Professor of Sociology and Deputy Director of the Fernand Braudel Center at the State University of New York at Binghamton.

REVIEWS
“Richard E. Lee’s tome is an ambitious grand narrative which places the emergence and expansion of cultural studies within the vast, world-historical context of crisis and transformation of the intellectual structures through which we know and live in the world today. A compelling read.”—Ien Ang, author of On Not Speaking Chinese: Living Between Asia and the West


"Richard E. Lee’s book is a stunning achievement. It marks the conjuncture of cultural studies and world-systems analysis. Lee accounts for the rise of cultural studies in England in terms of the transformations in the political economy of the world-system. His work is a structural analysis of the discourse of discourse."—Immanuel Wallerstein, author of The End of the World as We Know It

Part One: From Category to Institution

Part Two: From Alliance to Bandwagon

3. Centre for Contemporary Cultural Studies I 73

5. A Rose by Any Other Name? The Wide World and Many Modes of Cultural Studies 140

Part Three: From Resistance to Transition

8. The Near Future of the Long Term: A Bricoleur's World 206