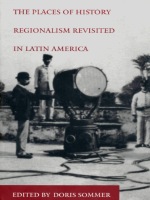 Responding to the pressures of current theoretical trends toward models of cultural globalization, the essays collected here bring a historical focus to literary studies. They suggest that only by exploring the particularities of regional historical cultures can the multiple meanings of American identities be understood.
Representing a broad range of contemporary criticism, this volume features many short essays by the most well-known and respected Latin Americanists, each devoting attention to specific matters of history. The topics range from Incan architecture to Chicano and Nuyorican habitats; from turn of the century Argentine criminology to Caribbean homophobia; from the rhetorics of independence and dictatorship to Mexican ambivalence about opera and Brazil’s move beyond monarchy; and from the precarious survival of Spanish language in Latin America to its paradoxical legacy of enlightenment in the Philippines. Originally published as a special issue of Modern Language Quarterly (June 1996), this expanded edition includes a new introduction by Doris Sommer and a new essay by Vincente Rafael. Viewed together, these essays reveal a cultural richness that is sure to interest literary scholars and Latin Americanists alike.

Professor of Romance Languages and Literatures and Director of Graduates Studies in Spanish, Harvard University. She is the author of Foundational Fictions: The National Romances of Latin America.

Salvador Brau: The Paradox of the Autonomista Tradition / Arcadio Díaz-Quiñones

Translation and Revenge: Castilian and the Origins of Nationalism in the Philippines / Vicente L. Rafael

The Repose of Heroes / Julio Ramos