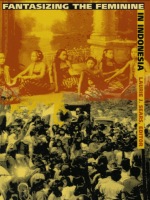 The stories of Indonesian women have often been told by Indonesian men and Dutch men and women. This volume asks how these representations—reproduced, transformed, and circulated in history, ethnography, and literature—have circumscribed feminine behavior in colonial and postcolonial Indonesia. Presenting dialogues between prominent scholars of and from Indonesia and Indonesian women working in professional, activist, religious, and literary domains, the book dissolves essentialist notions of “women” and “Indonesia” that have arisen out of the tensions of empire.
The contributors examine the ways in which Indonesian women and men are enmeshed in networks of power and then pursue the stories of those who, sometimes at great political risk, challenge these powers. In this juxtaposition of voices and stories, we see how indigenous patriarchal fantasies of feminine behavior merged with Dutch colonial notions of proper wives and mothers to produce the Indonesian government’s present approach to controlling the images and actions of women. Facing the theoretical challenge of building a truly cross-cultural feminist analysis, Fantasizing the Feminine takes us into an ongoing conversation that reveals the contradictions of postcolonial positionings and the fragility of postmodern identities.
This book will be welcomed by readers with interests in contemporary Indonesian politics and society as well as historians, anthropologists, and other scholars concerned with literature, gender, and cultural studies.

Laurie J. Sears is Associate Professor of History at the University of Washington. She is author of Shadows of Empire: Colonial Discourse and Javanese Tales, also published by Duke University Press.

Part I: Structures of Control

Models and Maniacs: Articulating the Female in Indonesia / Sylvia Tiwon

A Sentimental Education: Native Servants and the Cultivation of European Children in the Netherlands Indies / Ann Laura Stoler

The State and Sexuality in New Order Indonesia / Julia I. Suryakusuma

On the Other Hand? / Daniel S. Lev

Nyai Dasima: Portrait of a Mistress in Literature and Film / Jean Gelman Taylor