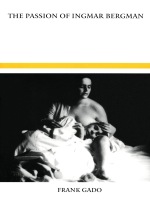 Acknowledged as one of the greatest filmmakers of this or any other time, Bergman has with few exceptions written his own screenplays—an uncommon practice in the film industry—and for this practice critics refer to him as a "literary" filmmaker: In this work, Gado examines virtually the entire range of Bergman's literary output. While treating the matter of the visual presentation of Bergman's films, Gado concentrates on story and narrative and their relationship to Bergman's personal history.

Gado concludes that whatever the outward appearance of Bergman's works, they contain an elementary psychic fantasy that links them all, revealing an artist who hoped to be a dramatist, "the new Strindberg," and who saw the camera as an extension of his pen.

The Lengthening Shadows of Summer 137