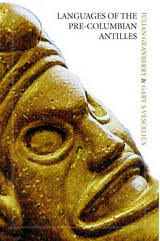 This work formulates a testable hypothesis of the origins and migration patterns of the aboriginal peoples of the Greater Antilles (Cuba, Jamaica, Hispaniola, and Puerto Rico), the Lucayan Islands (the Commonwealth of the Bahamas and the Crown Colony of the Turks and Caicos), the Virgin Islands, and the northernmost of the Leeward Islands, prior to European contact. Using archaeological data as corroboration, the authors synthesize evidence that has been available in scattered locales for more than 500 years but which has never before been correlated and critically examined.

Within any well-defined geographical area (such as these islands), the linguistic expectation and norm is that people speaking the same or closely related language will intermarry, and, by participating in a common gene pool, will show similar socioeconomic and cultural traits, as well as common artifact preferences. From an archaeological perspective, the converse is deducible: artifact inventories of a well-defined sociogeographical area are likely to have been created by speakers of the same or closely related language or languages.

Languages of the Pre-Columbian Antilles presents information based on these assumptions. The data is scant—scattered words and phrases in Spanish explorers' journals, local place names written on maps or in missionary records—but the collaboration of the authors, one a linguist and the other an archaeologist, has tied the linguistics to the ground wherever possible and allowed the construction of a framework with which to understand the relationships, movements, and settlement patterns of Caribbean peoples before Columbus arrived.

Julian Granberry is Language Coordinator with Native American Language Services in Florida and author of numerous publications, including A Grammar and Dictionary of the Timucua Language. Gary S. Vescelius was the second Territorial Archaeologist of the U.S. Virgin Islands before his death in 1982.

REVIEWS
" . . . A 'must have' for the reference shelf and a thought provoking study for a growing number of people who are interested in finding out all they can about the Taino and other indigenous peoples of the Caribbean, and not just a book for Caribbean linguists, archaeologists, and historians."
—H-NET BOOK REVIEW

"The meat of the book is its linguistic analysis supporting a model of the colonization of the Antilles, along with an ethnohistorical analysis, both of which present fresh material and ideas unavailable elsewhere and which correct errors that are still in the literature."
—Vernon L. Knight Jr., The University of Alabama