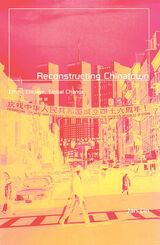 An exploration of this fascinating community as a window on globalization.

In the American popular imagination, Chinatown is a mysterious and dangerous place, clannish and dilapidated, filled with sweatshops, vice, and organized crime. In this well-written and engaging volume, Jan Lin presents a real-world picture of New York City's Chinatown, countering this "orientalist" view by looking at the human dimensions and the larger forces of globalization that make this vital neighborhood both unique and broadly instructive.

Using interviews with residents, firsthand observation, archival research, and U.S. census data, Lin delivers an informed, reliable picture of Chinatown today. Lin claims that to understand contemporary ethnic neighborhoods like this one we must dispense with notions of monolithic "community." When he looks at Chinatown, Lin sees a neighborhood that is being rebuilt, both literally and economically. Rather than a clannish and unified peer group, he sees substantial class inequality and internal social conflict. There is also social change, most visibly manifested in dramatic episodes of collective action by sweatshop workers and community activists and in the growing influence of Chinatown's denizens in electoral politics.

Popular portrayals of Chinatown also reflect a new global reality: as American cities change with the international economy, traditional assumptions about immigrant incorporation into U.S. society alter as well. Lin describes the public disquiet and official response regarding immigration, sweatshops, and the influx of Asian capital. He outlines the ways that local, state, and federal governments have directed and gained from globalization in Chinatown through banking deregulation and urban redevelopment policy.

Finally, Lin puts forth Chinatown as a central enclave in the "world city" of New York, arguing that globalization brings similar structural processes of urban change to diverse locations. In the end, Lin moves beyond the myth of Chinatown, clarifying the meaning of globalization and its myriad effects within the local context.

"Reconstructing Chinatown is a significant work that is relevant in several fields. It is probably the best book on Chinatown because it covers several critically important topics in examining life in Chinatown, utilizing both quantitative and qualitative data. Second, it is a great contribution to the race and ethnic relations field because its deconstruction of negative stereotypical images provides an alternative model for examining immigrants and ethnic enclaves. Finally, this book has nicely connected the field of race and ethnic relations with urban studies by examining an ethnic enclave with the 'global city' perspective. This book is ideal as a textbook for courses related to Asian American communities, urban studies, and race and ethnic relations, particularly at the graduate level." American Journal of Sociology

"The book's most significant contribution is to problematize the public stereotypes of Chinese workers as servile and accepting victims in the debased environment of Chinatown. It has provided empirical evidence to demonstrate that despite internal conflicts and power struggles, collective actions are likely to consolidate a sense of group solidarity and political empowerment. Overall, the book is highly recommended for those who are interested in taking a critical approach to race and ethnic studies, immigration issues and the development of ethnic enclaves in North America." Canadian Journal of Sociology Online

"The book succeeds at many levels. Especially in its excellent descriptions of historical contexts and contemporary events, its outstanding comparisons among a variety of ethnic groups and places, and its superb discussions on the globalization of capital and labor and their imprints on local communities. It should be applauded that Lin's well-organized and well-written book contributes significantly to our understanding of New York's Chinatown, an ever-changing urban ethnic enclave." Urban Geography

Jan Lin is associate professor of sociology at Occidental College in Los Angeles. He previously taught at Amherst College and the University of Houston.