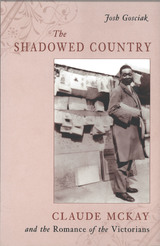 One of the most important voices of the Harlem Renaissance, Claude McKay is largely recognized for his work during the 1920s, which includes a major collection of poems, Harlem Shadows, as well as a critically acclaimed novel, Home to Harlem. But McKay was never completely comfortable with his literary reputation during this period. Throughout his world travels, he saw himself as an English lyricist.

In this compelling examination of the life and works of this complex poet, novelist, journalist, and short story writer, Josh Gosciak sheds light on McKay’s literary contributions beyond his interactions with Harlem Renaissance artists and writers. Working within English literary traditions, McKay crafted a verse out of hybridity and diaspora. Gosciak shows how he reinvigorated a modern pastoral through his encounters with some of the major aesthetic and political movements of the late Victorian and early modern periods.

Exploring new archival material as well as many of McKay’s lesser known poetic works, TheShadowed Country provides a unique interpretation of the writings of this major author.