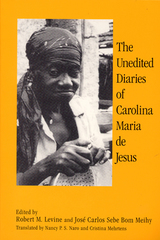 Carolina Maria de Jesus' book, Quarto de Despejo (The Trash Room), depicted the harsh life of the slums, but it also spoke of the author's pride in her blackness, her high moral standards, and her patriotism. More than a million copies of her diary are believed to have been sold worldwide. Yet many Brazilians refused to believe that someone like de Jesus could have written such a diary, with its complicated words (some of them misused) and often lyrical phrasing as she discussed world events. Doubters prefer to believe the book was either written by Audáulio Dantas, the enterprising newspaper reporter who discovered her, or that Dantas rewrote it so substantially that her book is a fraud. With the cooperation of de Jesus' daughter, recent research shows that although Dantas deleted considerable portions of the diary (as well as a second one), every word was de Jesus'.

But Dantas did "create" a different Carolina from the woman who coped with her harsh life by putting things down on paper. This book sets the record straight by providing detailed translations of de Jesus' unedited diaries and explains why Brazilian elites were motivated to obscure her true personality and present her as something she was not. It is not only about the writer but about Brazil as recorded by her sarcastic pen. The diary entries in this book span from 1958 to 1966, five years beyond text previously known to exist. They show de Jesus as she was, preserving her Joycean stream-of-consciousness language and her pithy characterizations.

AUTHOR BIOGRAPHY
Robert M. Levine is a professor of history and director of Latin American Studies at the University of Miami, Coral Gables. He is the author of Brazilian Legacies and Father of the Poor?: Vargas and His Times. José Carlos Sebe Bom Meihy is a professor of history at the University of São Paulo and the academic director of the Council of International Educational Exchange Interuniversity Study Program in Brazil.