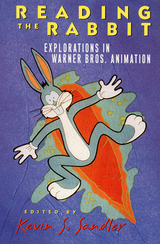 "A wide-ranging inquiry into an important area of contemporary scholarly interest, and also an engaging, well written and intelligently conceived collection." -Eric Smoodin, author of Animating Culture: Hollywood Cartoons From the Sound Era

Despite the success of Bugs Bunny, Daffy Duck, and their Looney cohorts, Warner Bros. animation worked in the shadow of Disney for many years. The past ten years have seen a resurgence in Warner Bros. animation as they produce new Bugs Bunny cartoons and theatrical features like Space Jam as well as television shows like Tiny Toon Adventures and Animaniacs. While Disney's animation plays it safe and mirrors traditional cinema stories, Warner Bros. is known for a more original and even anarchistic style of narration, a willingness to take risks in story construction, a fearlessness in crossing gender lines with its characters, and a freedom in breaking boundaries. This collection of essays looks at the history of Warner Bros. animation, compares and contrasts the two studios, charts the rise and fall of creativity and daring at Warner's, and analyzes the ways in which the studio was for a time transgressive in its treatment of class, race, and gender. It reveals how safety and commercialization have, in the end, triumphed at Warner Bros. just as they much earlier conquered Disney.

AUTHOR BIOGRAPHY
KEVIN S. SANDLER is an assistant professor of media industries at the University of Arizona. In 1995 he won the Society for Animation Studies Student Essay Contest .