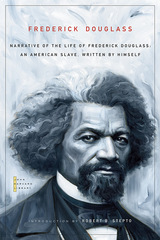 No book more vividly explains the horror of American slavery and the emotional impetus behind the antislavery movement than Frederick Douglass’s Narrative. In an introductory essay, Robert B. Stepto reexamines the extraordinary life and achievement of a man who escaped from slavery to become a leading abolitionist and one of our most important writers. The John Harvard Library text reproduces the first edition, published in Boston in 1845.
TABLE OF CONTENTS
Contents
Introduction by Robert B. Stepto
Note on the Text
Chronology of Frederick Douglass’s Life
Narrative of the Life of Frederick Douglass
Selected Bibliography