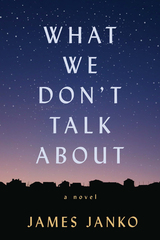 Orville, Illinois, is bucolic, charming, and almost Norman Rockwellesque—if you’re white. But like many midwestern cities in the 1960s, it is a “sundown” town—a place where Black Americans are prohibited from entering or remaining after dark.

The town’s most adventurous woman, Cassie Zeul, is an outcast because she has no husband and takes an occasional lover. Her son, Gus, guided by Sister Damien, aspires to be a priest, but he is increasingly overwhelmed by his infatuation with Pat Lemkey—who is herself drawn to Jenny Biel, considered by many to be the most beautiful girl in town. Gus’s best friend, Fenza Ryzchik Jr., a somewhat notorious bully desperate for his father’s attention, hates “colored people,” doesn’t think he knows any, and is certain he can convince Jenny to marry him one day—without realizing that her devout mother has been passing for white her entire life. Events come to a head when a visiting nun from the South brings an African American friend with her to Midnight Mass one Christmas Eve.

The dreams and desires of these characters collide and intersect as they navigate life and coming of age in the rural Midwest. In Janko’s masterful hands, the darkness—of prejudice, privilege, and power—that they don’t even recognize threatens to overwhelm their lives and their plans for the future. This novel forces us, as well as its characters, to acknowledge the cost of hiding our true selves, and of judging others based on the color of their skin or the longing of their hearts.
AUTHOR BIOGRAPHY
James Janko is the author of Buffalo Boy and Geronimo and The Clubhouse Thief. His short stories have been published in The Sun, Massachusetts Review, and Eureka Literary Magazine, among others.
REVIEWS
“Reading What We Don't Talk About is like looking inside a snow globe, and seeing a country town in America’s heartland at Christmastime. You enter that town, stay, and know its people, and learn their ways. And what happens when the sun goes down. James Janko’s miraculous writing connects us readers to those people in Orville, and all of us to all others. Every good thing we do, and every bad, affects the whole world.”—Maxine Hong Kingston, author of The Woman Warrior and Tripmaster Monkey: His Fake Book