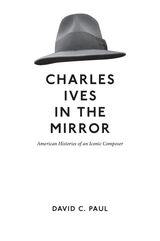 American composer Charles Ives (1874–1954) has gone from being a virtual unknown to become one of the most respected and lauded composers in American music. In this sweeping survey of intellectual and musical history, David C. Paul tells the new story of how Ives's music was shaped by shifting conceptions of American identity within and outside of musical culture, charting the changes in the reception of Ives across the twentieth century and into the twenty-first century. Paul focuses on the critics, composers, performers, and scholars whose contributions were most influential in shaping the critical discourse on Ives, many of them marquee names of American musical culture themselves, including Henry Cowell, Aaron Copland, Elliott Carter, and Leonard Bernstein.

Paul explores both how Ives positioned his music amid changing philosophical and aesthetic currents and how others interpreted his contributions to American music. Although Ives's initial efforts to find a public in the early twenties attracted a few devotees, the resurgence of interest in the American literary past during the thirties made a concert staple of his "Concord" Sonata, a work dedicated to nineteenth-century transcendentalist writers. Paul shows how Ives was subsequently deployed as an icon of American freedom during the early Cold War period and how he came to be instigated at the head of a line of "American maverick" composers. Paul also examines why a recent cadre of scholars has beset the composer with Gilded Age social anxieties.

By embedding Ives' reception within the changing developments of a wide range of fields including intellectual history, American studies, literature, musicology, and American politics and society in general, Charles Ives in the Mirror: American Histories of an Iconic Composer greatly advances our understanding of Ives and his influence on nearly a century of American culture.

AUTHOR BIOGRAPHY
David C. Paul is an assistant professor of musicology and theory at the University of California, Santa Barbara.
REVIEWS
A Choice Outstanding Title, 2013.
— Choice

TABLE OF CONTENTS
Cover
Title Page
Copyright
Contents
Acknowledgments
Introduction
1. Conservative Transcendentalist or Modernist Firebrand?: Ives and His First Publics, 1921–1934
2. Songs of Our Fathers The Advocacy of Henry Cowell and the Appeal of the American Past, 1927–1947
3. Winning Hearts and Minds: Ives as Cold War Icon, 1947–1965
4. The Prison of Culture: Ives, American Studies, and Intellectual History, 1965–1985
5. Musicology Makes Its Mark: Ives and the History of Style, 1965–1985
6. Ives at Century’s Turn
Postscript: “So What Do You Think about Ives?”
Notes
Works Cited
Index