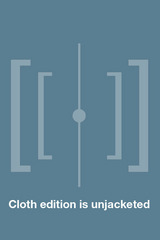 Nearly a century before the advent of "multiculturalism," Jane Addams put forward her conception of the moral significance of diversity. Each member of a democracy, Addams believed, is under a moral obligation to seek out diverse experiences, making a daily effort to confront others' perspectives. Morality must be seen as a social rather than an individual endeavor, and democracy as a way of life rather than merely a basis for laws. Failing this, both democracy and ethics remain sterile, empty concepts.
In this, Addams's earliest book on ethics--presented here with a substantial introduction by Charlene Haddock Seigfried--she reflects on the factors that hinder the ability of all members of society to determine their own well-being. Observing relationships between charitable workers and their clients, between factory owners and their employers, and between household employers and their servants, she identifies sources of friction and shows how conceiving of democracy as a social obligation can lead to new, mutually beneficial lines of conduct. She also considers the proper education of workers, struggles between parents and their adult daughters over conflicting family and social claims, and the merging of politics with the daily lives of constituents.
"The sphere of morals is the sphere of action," Addams proclaims.  It is not enough to believe passively in the innate dignity of all human beings. Rather, one must work daily to root out racial, gender, class, and other prejudices from personal relationships.
AUTHOR BIOGRAPHY
Jane Addams (1860-1935) was a social activist, Progressive reformer, and author of many books of social criticism. She was awarded the Nobel Peace Prize in 1931. Charlene Haddock Seigfried, a professor of philosophy at Purdue University, is the author of Pragmatism and Feminism: Reweaving the Social Fabric.