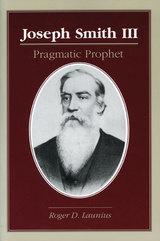 This masterful study charts the extensive common ground and telling differences between two widely separated coal-mining communities: Lanarkshire, in the Clyde Valley of southwest Scotland, and the northern Illinois coalfield that became a prime destination for skilled Scottish migrant miners in the mid-nineteenth century.   Challenging the prevailing exceptionalist paradigm of labor history, John Laslett examines the social, economic, and political context of each of these communities in generous detail. He traces the progressive heightening of class consciousness as the coal industry evolved from skilled hand labor to an increasingly mechanized extraction process and the escalating hostility between miners and mineowners as their interests split along class lines. Examining the rise of militant industrial unionism in both areas, Laslett provides a sophisticated explanation of the American and Scottish miners' divergent approaches to collectivist solutions.   Based on a profound knowledge of both communities, Colliers across the Sea tells a compelling story of industrial transformation's human costs, of conflict and greed, and of democratic aspirations and community.
REVIEWS
Winner of the John Whitmer History Association Best Book Award, 1989.   Winner of the David Woolley Evans and Beatrice Evans Biography Award, 1989.
— John Whitmer History Association