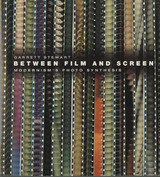 Photography might be called the lost cause of cinema, gone in projection and too soon forgotten. But what is the mysterious region between photography and narrative cinema, between the photogram—a single film frame—and the illusion of motion we recognize as the movies?

In this ambitious, sophisticated study, Garrett Stewart discusses the photogram not only as the undertext of screen images but also in its unexpected links to the early modernist writings of James, Conrad, Forster, Joyce, and others. Engaging the work of such media theorists as Eisenstein, Benjamin, Kracauer, Bazin, Baudry, Cavell, Deleuze, and Jameson, this study pursues the suppressed photogram as it ripples the narrative surface of several dozen films from Lang and Chaplin through Bergman, Coppola, and beyond. To locate the exact repercussions of such effects, Stewart includes over three hundred frame enlargements drawn from genres as different as science fiction, film noir, and recent Victorian costume drama.