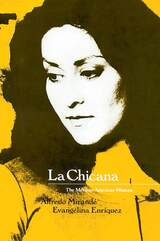 La Chicana is the story of a marginal group in society, neither fully Mexican or fully American, who suffer under triple oppression: as women, as members of a colonized culture, and as victims of a cultural heritage dominated by the cult of machismo. Tracing the role of Chicanas from pre-Columbian society to the present, the authors reveal the antecedents and roots of contemporary cultural expectations in Aztec, colonial, and revolutionary Mexican historical periods. A discussion of the contribution of modern Chicanas to their community and to feminism and a look at literary stereotypes and the emergence of Chicana literature to counter them round out this perceptive and sympathetic analysis.
TABLE OF CONTENTS